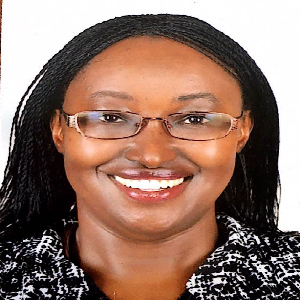 Advisor to the Chairperson, African Union Commission on regional integration.


H.E. Rossette Nyirinkindi Katungye is an Advisor to the Chairperson of the African Union Commission on regional integration. Previously, she served as Director in charge of Africa and the Middle East in the Ugandan Ministry of Foreign Affairs. She has been an ambassador since 2009 and served in key managerial positions as Deputy Head of Mission, Deputy Permanent Representative to the UN and a Director on several Boards including the Uganda Export Promotion Board. She holds a master’s of degree and an LLB.

The United States of Africa: Where is African Unity heading?